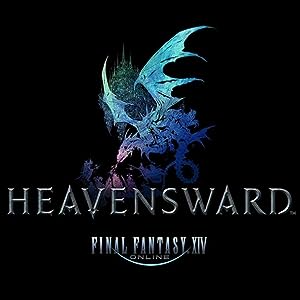 course for players with an increased level cap and brand new adventures.

The Warriors of Light journey now to Ishgard--a city-state mired in a thousand-year conflict with the dragons of the Dravanian Horde. Can our heroes uncover the ancient truths buried in Ishgard's bloody history and help bring an end to the Dragonsong War? Can the Warriors of Light cast off the shadows that darken the realm?

Heroes of Eorzea, the time has come to rise once again. Set forth with players across the globe on an adventure that will take you to the heavens and beyond. A whole new Final Fantasy XIV awaits!

The curved horns and beautifully patterned scales that characterise the Au Ra oft give rise to speculation that this Hyur-like race native to the Far Eastern continent of Othard are, in fact, the progeny of dragons. This, however, has long been disputed, with scholars citing several distinct differences in the two races as evidence of decidedly dissimilar roots--the first and foremost being the enhanced hearing and spatial recognition granted by an Au Ra's craniel projections, and the second being the gross disproportion in body mass between Auri males and females.

Auri creation myth tells of a Dawn Father and a Dusk Mother from whom all Au Ra are descended. The Raen believe their veins to run thick with the blood of the former--their brilliant white scales and iron wills serving as proof of this divine lineage. The Xaela believe they are descended from the latter, with their lustrous black scales and fiery wills.